As an anthropologist of media and the director of the Making Culture Lab, my research explores the impacts of new memory infrastructures and cultural practices of media, museums, and archives in the context of technoscience. My highly collaborative  multimedia and artworks investigate documentary methodologies to address Indigenous and settler histories of place and space. I am a founding member of the Ethnographic Terminalia Collective, which has curated exhibitions and projects at the intersection of anthropology and contemporary art since 2009.

My work has been published in journals such as American Anthropologist, Leonardo, American Indian Quarterly, the International Journal of Cultural Property, Museum Anthropology Review, Visual Anthropology Review, and PUBLIC. I was a Trudeau Foundation Scholar from 2006-2010, a Social Sciences and Humanities Research Council of Canada Graduate Scholar from 2005-2009, a Canadian Polar Commission Scholar in 2006-2007, and a Commonwealth Scholar in 2001-2002. As a member of the Council of Canadian Academies’ Expert Panel on Memory Institutions and the Digital Revolution, I was recently a co-author of the report commissioned by Library and Archives Canada titled Leading in the Digital World: Opportunities for Canada’s Memory Institutions.

I am honoured to have been recognized for my work and collaborations. In 2008, I was part of a team who received the Society for Visual Anthropology’s Jean Rouch Award for Collaborative Ethnography (for Dane Wajich: Dane-zaa Stories and Songs); in 2015, the Ethnographic Terminalia Collective was awarded the Council for Museum Anthropology’s Michael Ames Award for Innovative Museum Anthropology. In 2017, I was awarded the Confederation of University Faculty Associations of BC’s Early in Career Award, which recognizes the contributions to the non-academic community made by faculty members who are at an early point in their careers. In 2019 I was awarded the Simon Fraser University Faculty of Communication, Art and Technology’s Research Excellence Award for Participatory and Collaborative Research and in 2021 received FCAT’s Distinguished Teaching Award.

I am a co-founder of the Ethnographic Terminalia Curatorial Collective, which curates exhibitions at the intersection of ethnography and contemporary art each year in parallel with the annual meetings of the American Anthropological Association.  I recently served on the boards of directors of the American Anthropological Association’s Society for Visual Anthropology, for the Museum of Vancouver, and Access to Media Education Society. I was recently the co-curator with Vince Dzeikan of MWX2018 Vancouver, the exhibition program of the Museums and the Web Conference.

Learn about the courses I teach at SIAT here. 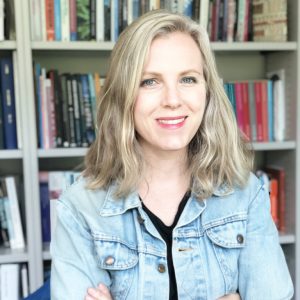