Rachel M. Ward is an artist, filmmaker and Ph.D. candidate focusing on digital anthropology, ethnography, time-based art, archives, gender, artistic creation and technological processes. She is currently working as a Research Associate at Small Data Industries in Brooklyn as a recipient of the National Digital Stewardship Residency (NDSR) award. She earned her Master’s degree (M.Sc.) in Social Anthropology from the London School of Economics & Political Science. The following year, she was awarded the Rotary Ambassadorial Scholarship to complete a postgraduate degree in Visual Anthropology (G.Dip.) at Australian National University. As a current member of the Making Culture Lab in the School of Interactive Arts + Technology (SFU), Rachel is now focusing on Digital Anthropology and the creation of interactive anthropology art installations (which she describes in her recently published book chapter in Digital Echoes). She served as the Documentation-Archival Chair for the International Symposium of Electronic Art (ISEA 2015), and as Lead Event Curator for a Vice News Virtual Reality (VR) Exhibition in 2016. She has produced several film projects, including a documentary she directed about the overlap of Appalachian music and punk (“DIY”) culture, and Sneakerhead (2016), a portrait of an overzealous Air Jordan collector, which was featured in a 6-month exhibition at the Museum of Vancouver (MoV).

My thesis centers on women multimedia artists who, towards the end of their career, are considering where and how to archive their work. My particular focus is on NYC-based women who pioneered emerging technologies in their work in the 1970-90s. Through studio visits —using anthropological approaches and ethnographic field methods — I strive to understand the ways in which these artists would like to see their multimedia work preserved, while documenting personal, processual and technological oral histories. Ultimately, my hope is to create in-depth contextual, digital and cultural information (alternative “metadata”), whereas published descriptions have often been conceptual, interpretive and in the third-person voice. In other words, rather than from a perspective of art history and critique, I will explore the context and implications of these pieces through the socio-cultural intersections of gender, technology and art. My goal is to co-create knowledge through first-hand voices, observation and collaborative making/breaking — by working with them as they begin to archive their work while reflecting on the culture/context/time in which they were created. In addition to a written thesis, I intend to audio-video record their technical creation processes (albeit in reverse) via the archival-deconstruction of the piece (breaking it down for storage). I believe that creating oral histories of the “making” and “taking apart” processes will be a salient piece of art history to preserve for future generations of art, gender and technology researchers. 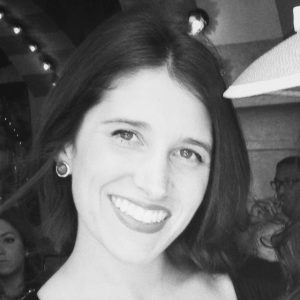