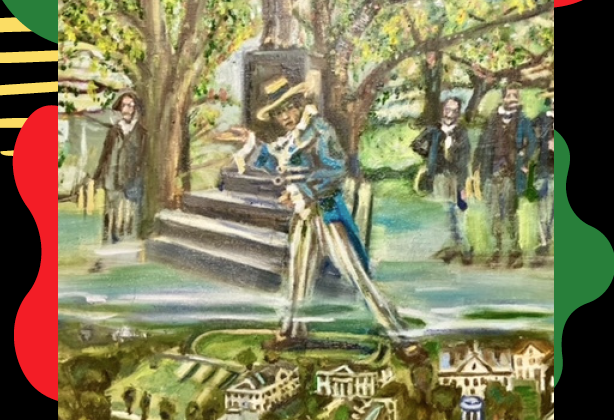 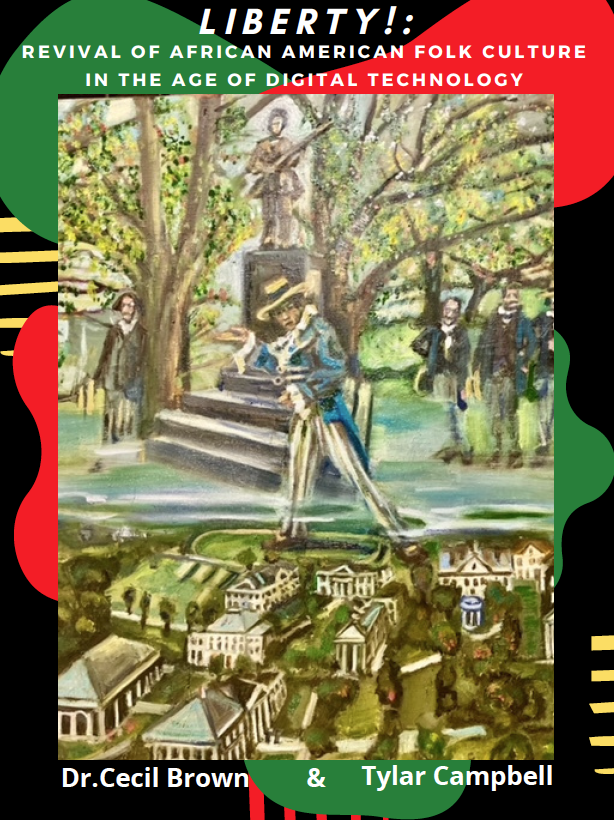 About this talk: This presentation explores George Moses Horton as an oral poet, from Oral Horton To Written Horton, and Now Digital Horton. Using the tools of digital technology, we are able to transport the reader (viewer) back to the Antebellum Chapel Hill, 1830s. In the early 1990s, game computer designers introduced a new concept into the game industry called the avatar. By using a computer game the player began “to experience” his playing of a game through the avatar. This concept of “experiencing” something—of having an “experience”—is entirely new in fiction narration. The narration had been limited to books, to reading.  Here was a new way to “experience” a narrative—without reading. Like Torben Groda, Professor of media art at the University of Copenhagen, we will present Horton’s poetry as a game that is like a “real-life experience”. We ask, how might it be possible to use virtual reality to do just that—to “experience” Horton’s world as an ‘embodied’ experience”?

In our demonstration, we create an Acoustic Avatar of George Moses Horton to show how the user can “experience” Horton’s poetry. In collaboration with Tylar Campbell, a Ph.D. candidate at the School of Interactive Arts and Technology (SIAT) from Simon Fraser University, and Professor Steve DiPaola at the SIAT iVizLab, who is a highly regarded scholar and innovator with AI including GPT 3, computational systems for expression, movement, and gestures, we were able to create a virtual world for Horton and occupy this immersive experience. With Tylar as the role player in the game, we decided to allow the avatar/Horton to interact with other characters. In addition, we allowed Tylar to “improvise” with the essential story of the real Horton, along with real incidents. In other words, we learned to fictionalize the story through the avatar/character. We focused on analyzing the activities of a player through three angles: character creation, character interaction, and game mechanics.

About the speakers: Cecil Brown is the author of four novels (beginning with The Life and Loves of Mr. Jiveass Nigger in 1969), a memoir, the screenplay for Richard Pryor’s Which Way is Up?, and numerous essays in journals and newspapers over the last 50 years. After earning degrees at Columbia University, the University of Chicago, and U.C. Berkeley, Mr. Brown has taught at colleges and universities in France and Germany as well as at U.C. Davis, U.C. Berkeley, and four other colleges in the Bay Area.  He is currently affiliated with Stanford University as a researcher at their Spatial History Project and has a work in progress on James Baldwin. Mr. Brown resides in Berkeley, CA.

Tylar Campbell is a PhD student specializing in Critical Computation Media at Simon Fraser University’s School of Interactive Arts & Technology (SIAT). He is a data-journalist with a MA from Stanford University. As a member of the Making Culture Lab at SIAT, his research explores fugitive anthropology, multi-modal scholarship, and the role of digital technology to create new realities and re-cognize past, present, and futures. His MA thesis consisted of an oral history of lynching in the American Deep South, that traces his ancestral lineage as a direct descendant of Wesley Johnson, victim of the last mob lynching in Alabama. This led to a multi-modal production of storytelling with a data visual, written narrative and podcast. His video and multimedia work investigate preservation methodologies to address fugitive histories and how these spaces are being reclaimed. His current project includes art-based research-creation, community-based co-production, and immersive media.