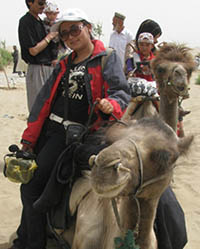 I am Uyghur – one of China’s larger ethnic minorities – and I live in Xinjiang Uyghur Autonomous Region in the remote northwestern part of China. Aside from the Han Chinese, China’s majority ethnicity, Xinjiang is home to more than ten different ethnic groups, predominantly Muslim. Xinjiang has a rich and colorful history and has long been a unique blend of cultural influences. For hundreds of years it was a vital link in the famous Silk Road, the overland trade route that connected China with Europe through Central Asia. I always fascinated by the amazing cultures of Xinjiang’s various ethnic groups, especially their oral literature and history. 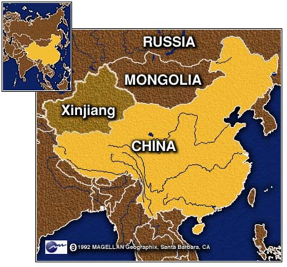 When I first got involved in visual anthropology when I doing my undergraduate in Education Technology (2004~2008) I began to take my video camera along with me as I went on field trips, just to take a simple record of things I saw. However, as time went by I began to see more clearly how important such a permanent visual record was in its own right. That is the reason why I decided to write my bachelor’s thesis on the topic of “Using Ethnographic Film to Protect Endangered Cultures”. This thesis describes the philosophical motivation behind making ethnographic documentaries to record the unique characteristics of endangered cultures for future generations. It also outlined all the necessary film techniques and illustrated these with a film about Uyghur Traditional Textiles produced by myself.

During my Master’s study in Folklore at Xinjiang University I have carried out my own research project, “An Ethnography of the Tajik Mazars in Xinjiang, China,” which focuses on shrine (Mazar) worship rituals and beliefs among the Ismaili Tajik minority of southwest Xinjiang. It discusses the relevant historical background, and analyzes the relationship between Zoroastrianism, Islam, and the current practices of ritual and worship in nearly fifty of the approximately one hundred mazars to be found in the large but sparsely populated Tajik area of Xinjiang. My research also includes a cultural map of these shrines. 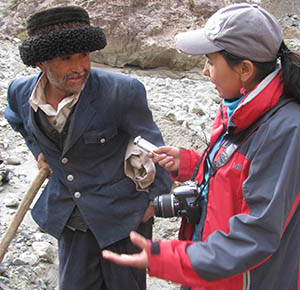 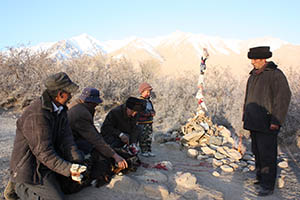 My two years (2008 to 2010) as a research assistant in the Centre for Anthropology and Folklore at Xinjiang University has been a very rewarding experience.

My fieldwork in various rural areas of Xinjiang among different minorities has broadened my horizons and developed my research skills. It has also given me the determination to be a well-trained anthropologist and to dedicate myself to research the splendid cultures of Central Asia and thereby contribute to their preservation.

Uyghur oral folk literature is one of several folk literatures found in Xinjiang, a region rich in oral tradition. One of the largest traditions among Uyghurs includes Dastan, epic oral narratives which use both poetry and prose to dramatically recount events from the past. Although the Uyghur term épos is cognate to words used in many languages to refer to epic poetry, it denotes only heroic epic poetry. Dastans, on the other hand, embrace a wide range of themes: not only the Uyghurs’ ancient “heroic age” but also religious tales, love stories, and historical events like farmer revolts in later ages. Uyghur Dastan musically accompanied by a variety of musical instruments and performed by telling and singing. 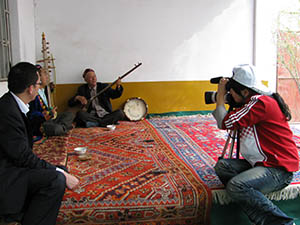 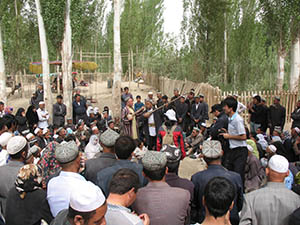 My proposed research will both develop and critically analyze a digital archive of Uyghur Dastan oral folk traditions. I want to draw attention to the important role of digital technologies in preservation and revitalization of intangible cultural heritage. Digital new media technologies, virtual museums with audio-visual resources, play significant role in safeguarding and allowing access to intangible cultural heritage of indigenous people. This proposed virtual museum project, Digital Uyghur Dastan, could be able to connecting the Uyghur community with their own culture, Uyghur Dastan visual and audio materials ‘on the map’, and become a cultural learning space – both for academic researchers and at a more popular level.

Since September, 2012 I have started my Doctor of Philosophy program in the School of Interactive Arts and Technology, Simon Fraser University, under the supervision of Dr. Kate Hennessy in the Making Culture Lab. Dr. Hennessy has extensive experience in working with First Nations in the fields of digital archiving, visual documentation and revitalization, ethnographic representation, and repatriation. Under her supervison I want to learn as much as possible about methodological approach and realtionship bettwen new media, indigounous culture, virtual museum, intelectual property, etc. I will then apply my skills and experience to my further fieldwork with Uyghur dastan folk narratives in Xinjiang and the production of a Uyghur digital archive at the Xinjiang University’s Center for Anthropology and Folklore.