Rather, it seems to be that allows visitors to simultaneously experience the world as digital information and as revealed by a work of art in its place. Few of the pieces in the Great Hall were intended for a gallery setting. Contemporary pieces by artists such as Robert Davidson, certainly, but not the house posts and other carvings. So are visitors truly experiencing these work “in its place”? Perhaps the outdoor sculpture complex comes closer to enabling visitors to experience houseboards and memorial posts with greater context, but here the structures were crafted for the museum, based on what these structures looked like in the past. The VUEguide adds a layer of digital information to these pieces, historical video footage, animations, maps, and interviews. By overlaying digital information using the VUEguide, visitors may actually gain some of the context lost by this work being out of place.

(Of course I have a person bias here, since my master’s thesis was studying how our team used tangible computing and layers of digital information to convey the complexities of, and give greater context to, some of the ancient belongings in this very museum.) 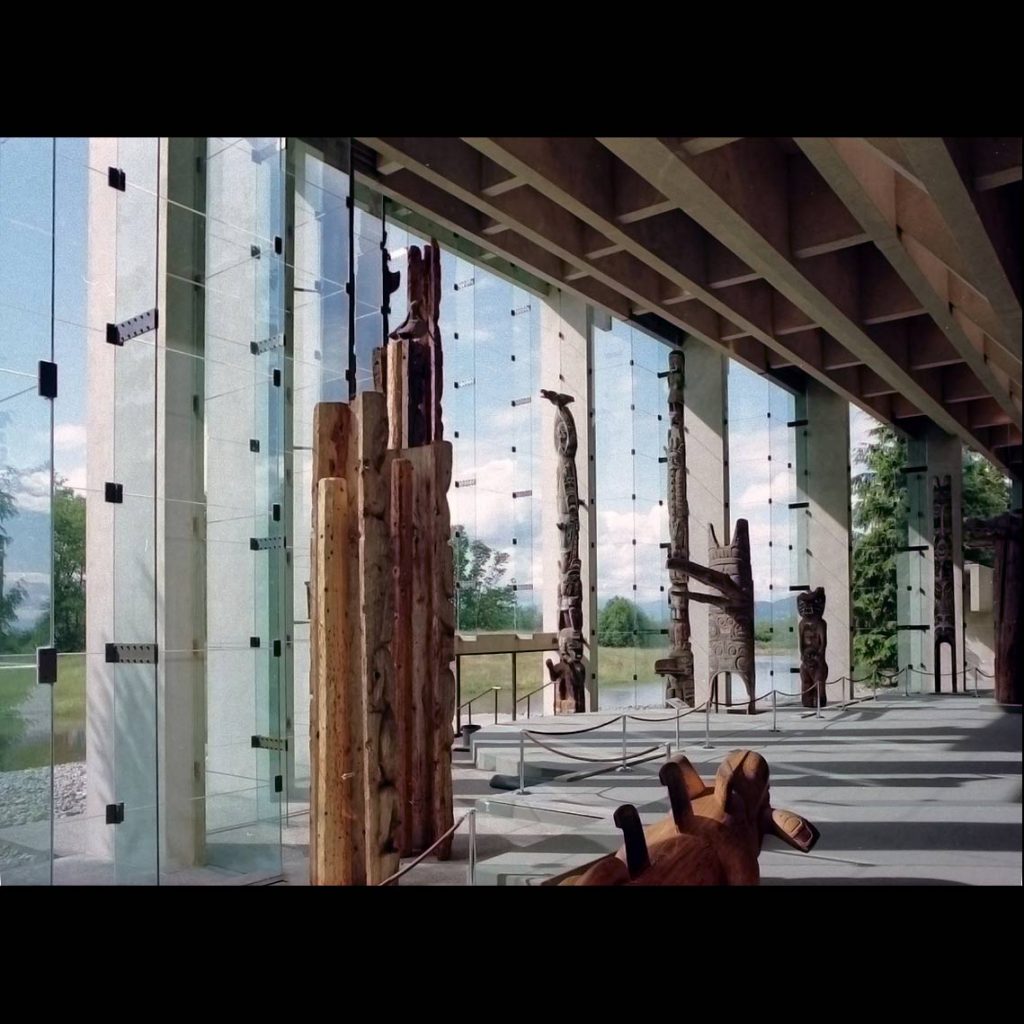 So here, it was the added digital information that gave the necessary context to at least come closer to experiencing the work in its place, but the importance of context came up throughout this week’s reading. For example, in N. Katherine Hayles’ chapter on Cybernetics, she discusses the early study of cybernetics, and researchers’ warning “that embodiment and context are crucially important factors that cannot be ignored,” though the more quantifiable model won out. In Bruce Clarke’s chapter on Information, he notes that in cybernetics, “without context, there is no communication.”

The idea that we will someday soon be have the storage capacity and processing power to handle all of the complexities and context in digitizing brain functions, in a sense, reminds me of another Stanislaw Lem story from Memoirs of a Space Traveler: Further Reminiscences of Ijon Tichy (1957). There was a professor/recluse who had a room full of wooden trunks, rows of boxes that each housed an electronic brain with its own “external world.” They were each connected to a large drum with recorded stimuli corresponding to the “one of two hundred billion phenomena a person may encounter.” He could go around the room, and point to each box explaining the life that that particular electronic brain thought it was living. The last box was a madman, who thought he was an electronic brain inside of a box.